Manual of the Theory of Elasticity – Rekach

In this post, we will see the book Manual of the Theory of Elasticity by V. G. Rekach. 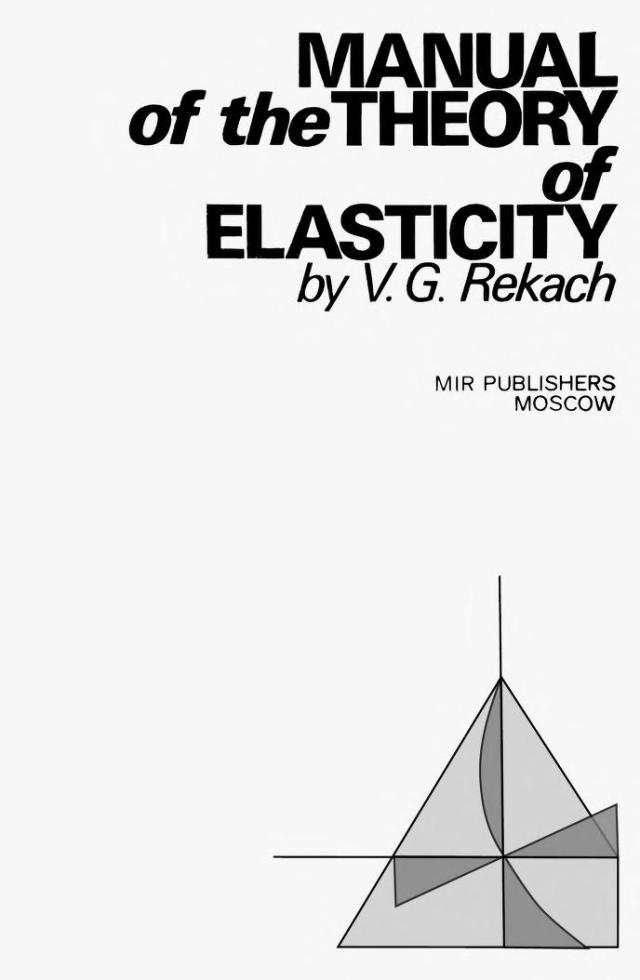 This book is designed to be used as an aid to solving elasticity problems in college and university courses in engineering.
The book covers all subjects of the mathematical theory of elasticity. It contains material which forms the basis for structural analysis and design. Numerous problems illustrate the text and somewhat complete it. Along with classical problems, they include cases of practical significance.
The author does not emphasize any particular procedure of solution, but instead considerable emphasis is placed on the solution of problems by the use of various methods. Most of the problems are worked out and those which are left as an exercise to the student are provided with answers or references to the original works.

Professor Vladimir Germanovich Rekach, D.Sc., is the Head of the Department of Strength of Materials at the Patrice Lumumba Peoples’ Friendship University in Moscow.

His main scientific interests are structural design, analysis of curved bars and vibration problems. The title of his doctoral thesis was “The Analysis of Spherical Shells”. He is the author of 28 articles and 3 books (3 as coauthor).

The book was translated from the Russian by M. Konyaeva and was published by Mir in 1979.

Many thanks to Akbar Azimi for the raw scans.

Note: There may be warping in some pages.

Chapter 4 General Solutions of the Basic Equations of the Theory of Elasti­city. Solution or Three-dimensional Problems 66