Science for Everyone – Silhouttes of Chemistry

In the Science for Everyone Series we now come to Silhouttes of Chemistry by D. N. Trifonov and L. G. Vlasov. This one is for all the people who were waiting for chemistry books. 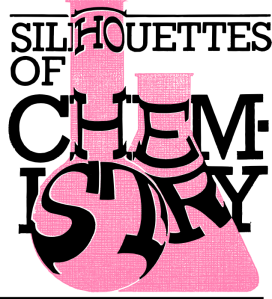 The back cover of the book says:

The authors of this book have endeavoured to touch upon
the most important and interesting problems of chemistry.
Their book describes and explains the structure of the
Periodic System of elements; it guides you through a kind
of chemical museum full of curious exhibits; it tells of the
intricate substances chemists have produced and how they
have learned to work even with single atoms of the elements;
it acquaints you with the various chemical professions
and shows how chemistry has penetrated all spheres
of human activity.
Reading these short but instructive stories about the exciting discoveries of chemistry will urge you to find out more about this fascinating science and to take up chemistry seriously.

This is a book that eluded me for years, and finally when I got it it was by surprise. The book was translated from the Russian by David Sobolev and Andrei Konyaev and this second edition was published by Mir in 1987.

Update: As mir_fan commented, there is another cover “(some folks rearranging H and C atoms)”, reproduced below and published previously as 107 Stories About Chemistry, contents being the same. And thanks to him we also know that there is a Malayalam translation of this book.

Also there is an Hindi translation as the cover above suggests, but I do not have any other information.

Update: We came to know about Telgu and Tamil translations as well.

The contents of book are as follows:

Contents
Instead of a Preface

The Inhabitants of the Big House

A Bird’s-Eye View of the Periodic System
How the Astronomers Sent the Chemists on a Wild Goose Chase
A Two-Faced Element
The First and the Most Surprising
How Many Hydrogens Are There on Earth?
More Facts About the Architecture of the Periodic System
The Triumph of Logic
How Chemists Came Across the Unexpected
A Solution Which Brought No Consolation
The Search for a “Crazy” Idea, or How the Inert
Gases Stopped Being Inert
Zero or Eighth?
The “Omnivorous”
Hennig Brand’s “Philosopher’s Stone”
The Odour of Freshness, or the Transition of Quantity into Quality Exemplified
So Simple and Yet So Wonderful
“lee, Not Yet Firm, on the Cold Little River…”
How Many Waters Are There on Earth?
“Water of Life”, Life-Giving, Omnipresent Water
The Icicle’s Secrets
A Bit of Linguistics, or Two Very Different Things
Why “Two Very Different Things”?
Two More “Whys”
Originality in Architecture
Fourteen Twins
The World of Metals and Its Paradoxes
Liquid Metals and a Gaseous (?) Metal
Unusual Compounds
The First “Electronic Computer” in Chemistry
A Hitch in the “Electronic Computer”
How to Change One Element into Another
Seventeen Steps beyond Uranium
Mortality and Immortality in the World of Elements
One, Two, Three, Many…
Has Nature Been lust?
On the Track of False Suns
The Fate of One of the Hundred and Nine
Where Is Thy Place, Uranium?
Little Stories from Archeology
“Mirrors” of the Periodic Law
Where Is the Limit?
The “Relative Stability Islands” (RSI) Hypothesis
“Computer” Chemistry
Element Register

Snake With Its Tail in Its Mouth

The Spirit of Chemical Science
Lightning and Tortoises
The Magic Barrier
A Few Words About Equilibrium
How to Make a Tortoise Go Like “Lightning”
and Vice Versa
Chain Reactions
How Chemistry Made Friends with Electricity
Enemy Number One…
…And How to Fight It
A Luminous 1et
The Sun as a Chemist
Why Do Elements Combine?
Chemistry and Radiation
One of the Longest Reactions

Some General Ideas
The Reason for Diversity and Its Consequences
Chemical Rings
A Third Possibility 164
A Few Words About Complex Compounds 168
A Surprise in a Simple Compound 170
What Humphry Davy Did Not Know 172
26, 28, or Something Quite Remarkable 174
A Eulogy to Cadet’s Liquid 176
The Story of TEL t 79
Unusual Sandwiches 182
Strange Whims of Carbon Monoxide 185
Oxygen Plus Fluorine 189
Red and Green 191
The Most Unusual Atom, the Most Unusual Chemistry 192
Diamond Again 194
The Unknown Underfoot 196
When the Same Is Not the Same at All 198

Diamonds Once More
Endless Molecules
An Adamantine Heart and the Hide of a Rhinoceros
Union of Carbon and Silicon
Remarkable Sieves
Chemical Claws
A Little Excursion into the History of Chemistry
Chemistry in a White Coat
A Miracle from Mould
Microelements-the Vitamins of Plants
What Plants Eat and What Chemistry Has to Do With It
A Little Analogy, or How Chemists Fed Potassium to Plants
The “Nitrogen Crisis”
What Is Phosphorus for?
Chemical Warfare
The Farmer’s Helpers
Chemical Sources of Energy
Ghosts That Serve

16 Responses to Science for Everyone – Silhouttes of Chemistry