Science For Everyone – Flying Trains

In continuing our run on the Science for Everyone series, we now come to another title in the series Flying Trains by G. Zelkin. The book is about future and transportation, and makes you think  for ‘out of the box’ solutions.

From the back cover

We can hardly imagine how many transportation modes are now in existence. It is life that motivates advent of new vehicles. Our current progress in science and technology provides basis for new forms of transportation.  We may suppose that the immediate decades will see superspeed trains with magnetic and air suspension. Air traffic will be dominated by large jet aircraft, primarily airbuses, and airships will also find numerous applications. For cross water routes hydrofoils. hovercraft. and ground effect machines will be used whose time tables and navigation will be controlled from space.

The book discusses the development of a number of promising vehicles, such as fast wheelless trains, and shows the perspective of their advancement, The material of the book is based on a great deal of facts concerning the latest achievements in the field.

The book is intended for those who are interested in the history of transportation, anew technical ideas, and prospects of transport technology.

The author was the first one to float the idea of a train supported on an air cushion
or magnetic suspension rather than wheels in  1957. At the time almost nothing had been written about such vehicles, while the idea itself aroused skepticism.

Today these vehicles are regarded as a new and promising mode of transportation, they are being developed, and are under construction or being operable in many countries. The author did not just witness the debate that accompanied the development and establishment of this new form of transportation in the Soviet Union, but took an active part in it.

Ideas, like people, are sometimes born easily and sometimes with pain, and their fate too may be different. That of wheelless trains as a practicality has not been all roses. 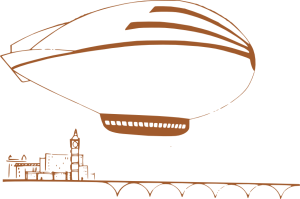 No wheels means no dynamic loading on the rail. Therefore the monorail can be made of concrete rather than expensive metal. The absence of wheels also removes the speed limitations intrinsic in ordinary trains.

This book becomes especially important now, as many of our cities are running metros. And the author not only discusses the technological side of the story but also the human side.
The book was translated from the Russian by Alexander Repyev and was first published by Mir in 1986.

Contents
At the Start of a New Transportation Method 7
How to Make the Distant Closer 15
Travel and Progress of Civilization 15
Speed and Technological Progress 16
Transportation and Mankind 19
The Development of Transportation 19
Social Implication of Transportation 23
What is Better——a Tractor or an Electric Train? 28
Multiple Requirements for Transportation 28
Project Feasibility Analysis 30
Airships – a  Proposition for the Future or a Transportation for Today? 37
Cushion but of What Type? 45
When the Wheel Fails to Do the Job 45
A Winged Train on an Air Cushion 53
Trains with Magnetic Suspension 69
Humans in a Magnetic Field 85
Northwards to Work, Southwards Home 90
The Surprises of Permafrost 90
ACVs for Northern Regions 93
The Development Strategy for the Soviet North 98
Trains for Vacation Flights 108
Wheelless Trains on Short Sections 108

Wheelless Trains over Long Distances 118
The Future Begins Today 124
Projects, Projects, Projects 124
Flying above the Waves 139
The World of Transport Today and Tomorrow 144
Some Milestones in the Soviet Literature 152

4 Responses to Science For Everyone – Flying Trains