In this post, we will see the book The Wold Chess Crown Challenge Kasparov V. Kaprov Seville 87 by David Bronstein. 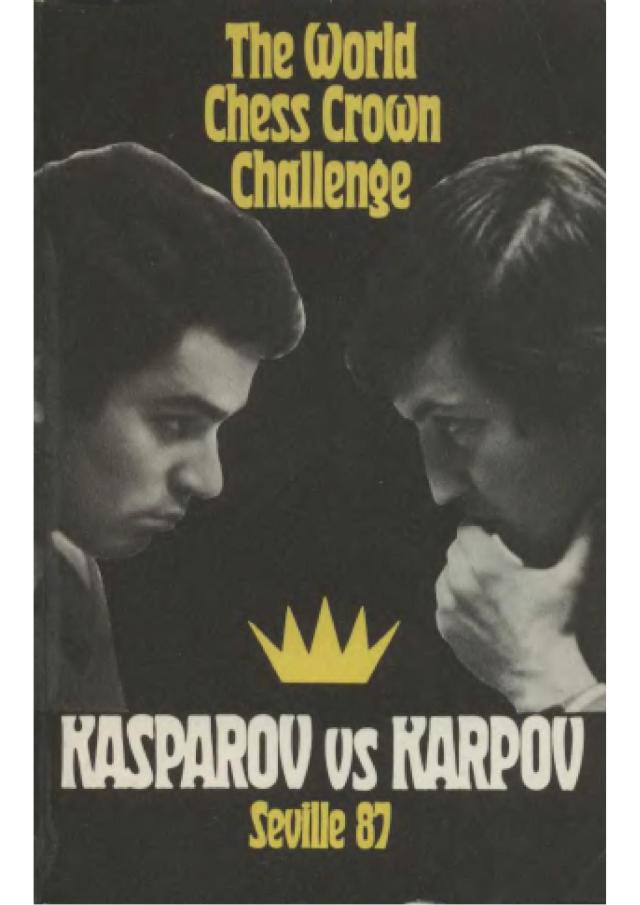 The games of Kasparov-Karpov match are annotated by International Grandmaster David Bronstein who was challenger for the World title in 1950s; he reached a draw with Mikhail Botvinnik in the match for the world chess crown. Over recent years Bronstein has rarely appeared in tournaments but has established himself as an outstanding chess commentator and analyst. He is the author of many original books on the subject of chess and his annotations are easy to follow for chess fans of all levels.

The book was translated from Russian by Oleg Zilbert was published in 1988 by Raduga Publishers.

All credits to our old friend gnv64

You can get the book here and here.

I am The Mitr, The Friend
View all posts by The Mitr →
This entry was posted in books, chess. Bookmark the permalink.