A Theory Of Earth’s Origin – Schmidt

In this post, we will see the book A Theory Of Earth’s Origin by Otto Schmidt. 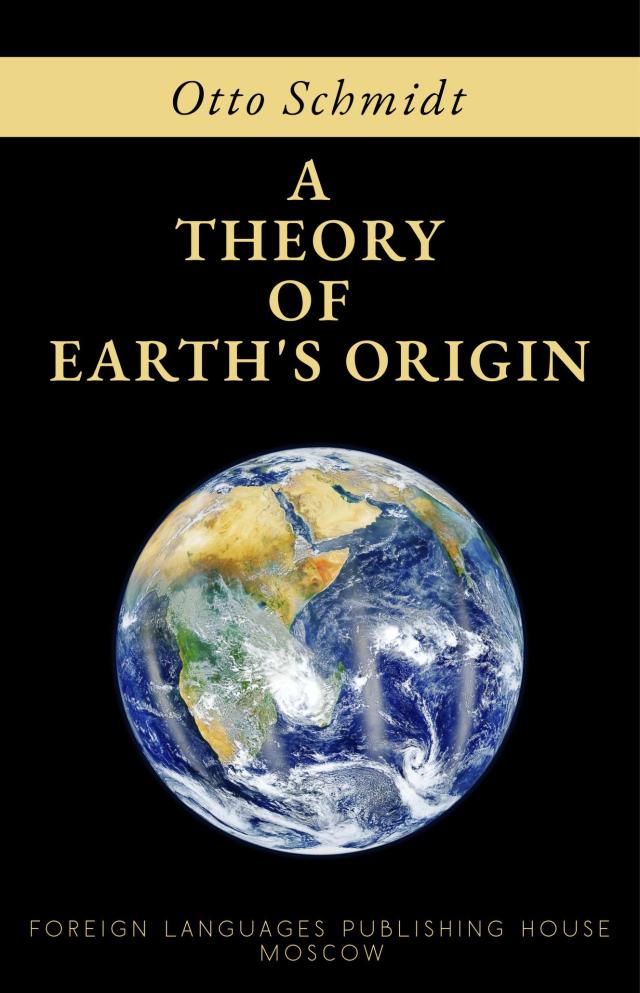 During the six years that followed the publication of the Second Edition of this book, Otto J. Schmidt, despite his serious illness. continued to develop .his cosmogonic theory, taking advantage of every brief respite the sickness allowed him. In those years he published articles on the origin of asteroids and on the role of solid particles in planet cosmogony; he also prepared some chapters of a capital work on his theory. His untimely death prevented him from completing his work. He left behind him material for his book and many other manuscripts on various problems as well as
working notes and calculations, the majority of which were written between 1951 and 1955.

In a draft foreword for his fundamental work on tHe theory, Schmidt wrote: “The theory haS continually developed and grown richer. In the course of that development, preliminary tentative ideas have gradually been replaced by precise and concrete tenets, gaps have been filled in and the number of phenomena that can be explained by the theory has increased. This development was due to three factors: the Appearance of new facts and more profound generalizations in many branches of science, criticism and numerous discussions and, finally, its internal growth, i.e., the further exten”Sion of work on the theory. Some erroneous details have now been dropped but, on the whole, the theory proved capable of development and its ‘basic tenets have been proved sound. There can and must be further development and greater precision.”

Owing to the considerable development of the theory since the Second Edition of the Four Lectures it was not thought advisable to reprint them in their previous form. By making use of articles published by Otto J. Schmidt between 1951 and 1955 and unpublished work, we have been able to follow the author’s plan for the revision of the hook; the present Third Edition, therefore, reflects the present state of the theory. The addition of new material l.ed to a certain disproportion in the lectures and in the space allotted to the problems they cover.

The book was translated from Russian by George H. Hanna and was published in 1958 by Foreign Languages Publishing House.

Lecture 3. The Problem of the Origin of the Gas-Dust Cloud 79