Topics in Theory of Surfaces in Elliptic Space – Pogorelov

In this post, we will see the book Topics In Theory Of Surfaces In Elliptic Space by A. V. Pogorelov. 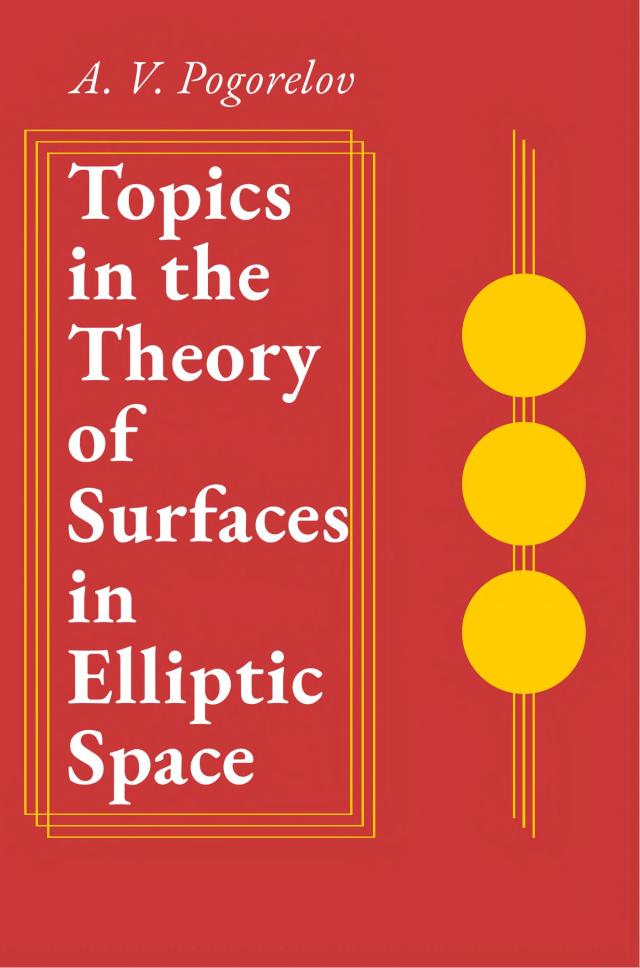 The book was translated from Russian by Rogey and Royer Inc. and was Richard Sacksteder edited by  published in 1961.

1. The concept of a convex body 23
2. Convex surfaces in elliptic space 35
3. The deviation of a segment on a convex surface from its semitangent at its initial point 30
4. Manifolds of curvature not less than K.A.D. Aleksandrov’s theorem 34

Chapter VIL. Regularity of Convex Surfaces with a Regular Metric 113