Modern Geology (Science for Everyone) – Yasamanov

In this post, we will see the book Modern Geology by N. A. Yasamanov. This is another book in the Science for Everyone Series. 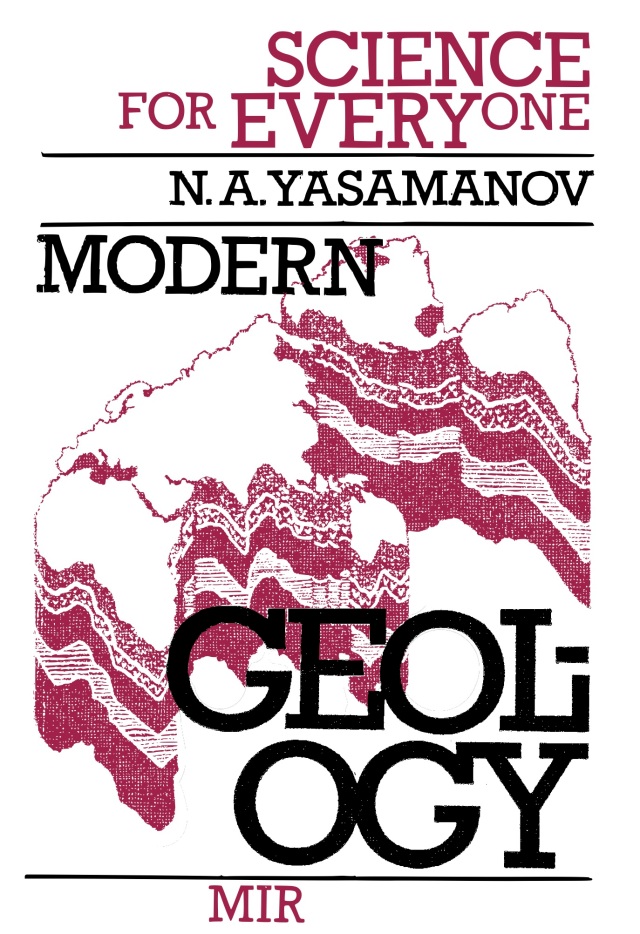 The principal advances in geoscience are discussed in this book. Prof. N. Yasamanov tells us about the role that geology plays in human society, about the Earth’s structure, origin and history. He describes the beginnings of life on Earth, the distribution of natural resources over the globe and the problems connected with environmental protection.The book is intended for senior schoolchildren, teachers and all who are interested in Earth sciences; it would also be helpful for students of geological exploration in technical schools.

The geological science is versatile. One book cannot show all of its specifics, are­ search techniques and major advances in all of its areas. We hence merely mention here such principal avenues as mineralogy and petrology, crystallography and petrogra­phy, geochemistry and geophysics, engi­neering geology and hydrogeology. This book will help a school teacher to unfold more openly the essence of one of the fun­damental sciences and will ease the correct and duly professional orientation of a young­ster.

Many, many thanks to the Russian book lover Angelika for the raw scans of the book.

Geology As the Fundamental Science of the Earth 15

The Time Scale and History of the Earth 64

This Variable Face of the Earth 84

A Biography of Life on the Earth 134

History of the Earth’s Climate and Atmosphere 164

Origin and Evolution of Waters of the World Ocean 183
Why Is the Sea Salty? 186
The Structure and Geology of the Ocean Floor 191
Marine Research Laboratories 201