In The Realm of Catalysis – Afanasiev, Zaikov

In this post we will see the book In The Realm of Catalysis by V. A. Afanasiev and G. E. Zaikov. This book is part of Knowledge Series, some of titles we have seen earlier. 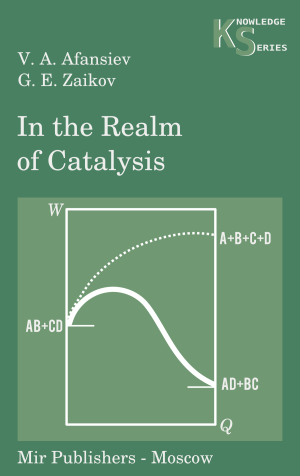 In this popular narrative we have attempted to unveil some ‘secrets’ of catalytic reactions and to provide illustrations which are more closely related to our own field of research. We have placed special emphasis on the kinetic principles of catalysis. In the discussion of catalysis we considered it necessary to give the reader the basic principles of the theory of chemical catalysis and gave examples of catalysis in biology and in industry. It was not our aim to discuss all aspects of catalysis in chemistry and biology, and in this respect this book is far from being comprehensive.

The book was translated from the Russian by Alexander Rosinkin and was first published by Mir Publishers in 1979.

(Some parameters of IA file may be different.)

You can get the book here (IA) and here (filecloud).

3 Responses to In The Realm of Catalysis – Afanasiev, Zaikov