In this post, we will see the Collected Papers of P. L. Kapitza in three volumes . 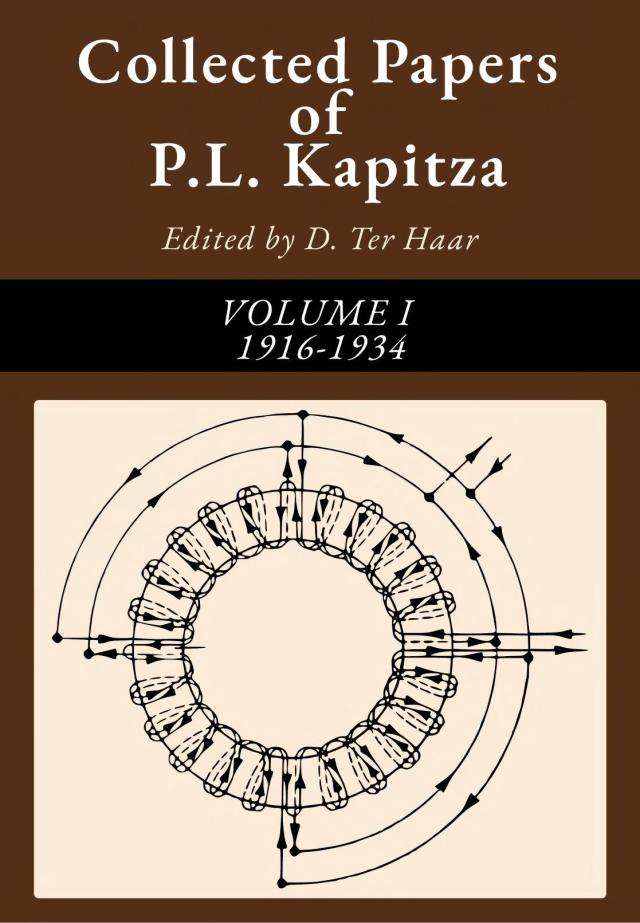 Collected Papers of P. L. Kapitza, Volume I compiles the scientific papers written between 1916 and 1934 by Piotr Leonidovich Kapitza, a leading Soviet physicist and Nobel laureate. This book begins by introducing the life and career of P. L. Kapitza, which includes his studies and investigations of nuclear physics, strong magnetic fields, liquefaction, liquid helium, and high-power electronics. Other topics discussed include electron inertia in molecular ampere currents; Koch recording microphotometer; metallic conductivity and its change in a magnetic field; and methods of experimenting in strong magnetic fields. The liquefaction of helium by an adiabatic method; Zeeman and Paschen-Back effects in strong magnetic fields; and theoretical and empirical expressions for the heat transfer are also emphasized in this text. This compilation is a good reference for students and researchers conducting work on the biography and scientific contributions of P. L. Kapitza. 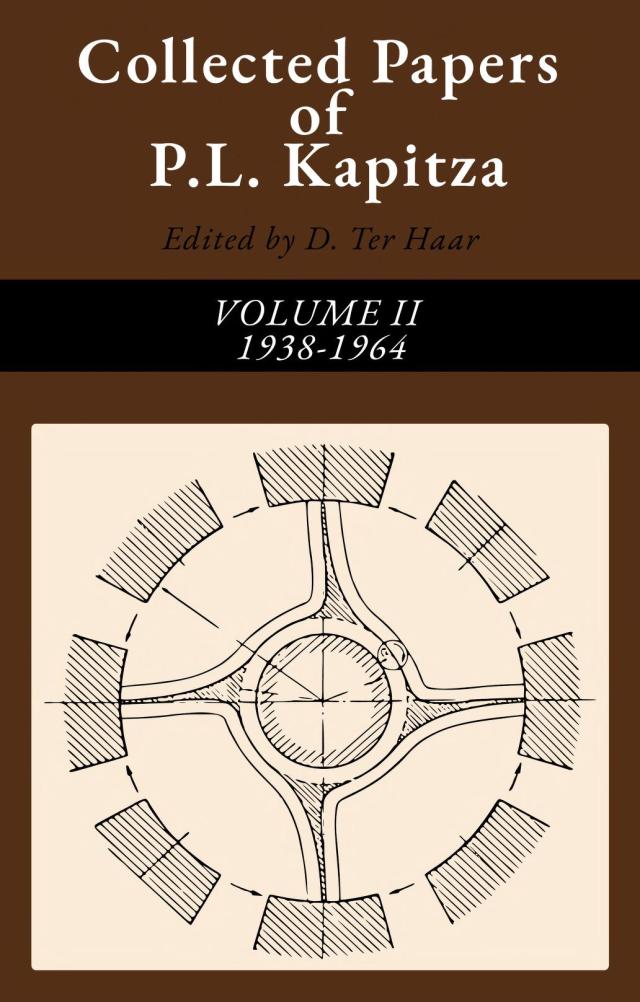 Collected Papers of P. L. Kapitza brings together the collected papers of Soviet physicist P. L. Kapitza in areas such as the viscosity of liquid helium below the ?-point; the Zeeman and Paschen-Back effects in strong magnetic fields; the influence of friction forces on the stability of high-speed rotors; heat transfer in helium II; and the formation of sea waves by the wind. Kapitza’s other papers explore heat transfer in a two-dimensional turbulent flow; dynamical stability of a pendulum when its point of suspension vibrates; and the hydrodynamic theory of lubrication in the presence of rolling. This volume is comprised of 25 chapters and begins with an analysis of Kapitza’s research on the viscosity of liquid helium below the ?-point, followed by his studies on the Zeeman and Paschen-Back effects in strong magnetic fields; liquefaction of air at low pressures; heat transfer and superfluidity in helium II; and the flow of thin viscous fluid layers under the action of a constant volume force, taking into account the surface tension. A pendulum with a vibrating suspension is also described, along with heat conductivity and diffusion in liquid medium under periodic flow conditions; the nature of ball-lightning; and symmetric electric oscillations of a perfectly conducting hollow cylinder of finite length. This book will be helpful to physicists and physics students.

Collected Papers of P. L. Kapitza, Volume III contains the scientific research papers, lectures, biographical accounts, and historical, philosophical, and sociological discussions of P. L. Kapitza.
The book is a compilation of various papers written and delivered by P. L. Kapitza that covers a wide range of topics. Research on strong magnetic fields; research work on helium, which won him the Stalin Prize; a brief account of the cod-liver-oil industry; and discussions on magnetic investigations and experiments on stereoscopic films are just some of the scientific papers presented. The compendium also contains several biographical papers on Newton, Benjamin Franklin and the Russian poet and scientist, Lomonosov; and non-scientific papers such as the banning of nuclear weapons, a discussion he had with Bertrand Russell; and papers that deal with some aspects of the best way to organize science.
Scientists, biographers, philosophers, historians, and students in the field of science will find this book an interesting read.

I am The Mitr, The Friend
View all posts by The Mitr →
This entry was posted in books, physics and tagged biography, experimental physics, fluid mehcanics, helium II, magnetic fields, nuclear physics, philosophy, physics, quantum mechanics, soviet. Bookmark the permalink.