In this post, we will see the book Interplanetary Travel by A. Sternfeld. 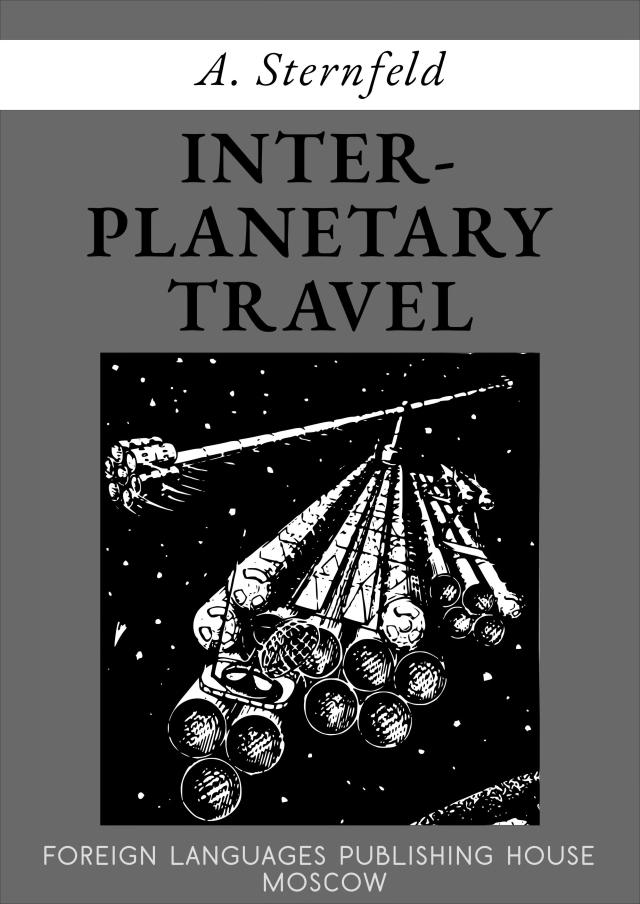 This hook is based mainly on materials published earlier by the writer, but emphasis is placed on problems connected with artificial satellites, the launching of which has marked the first step on mans way into interplanetary space. Investigation of the Earth and the space surrounding it by means of artificial satellites is an integral
part of the programme of the International Geophysical Year (July 1957-December 1958) a scientific undertaking of extraordinary scope. All nations of the world, whose representatives meet annually at international astronautical congresses, participate in observing these man-created moons. The International Astronautical Federation units the national astronautical societies of over twenty countries, and has a growing membership. It is up to the peoples to decide to what degree their efforts be creative and not destructive so that the next steps into the cosmos will be seven-league.

The book was translated from Russian by Geroge Yankovsky and was published in 1958 by Foreign Languages Publishing House .

Introduction 5
From Legend to Science in Space Flight 8

1. High Speeds Are Harmless 38
2. In the World of Overweight 39
3. Life in Conditions of Weightlessness 41
4. Artificial Gravity 48
5. Problems of Eating and Breathing 49
6. The Hazards of Space Flight 50
7. Preparing for a Flight into Space 55

III. ARTIFICIAL SATELLITES AND THEIR OBSERVATION

IV. ARTIFICIAL SATELLITES PUT TO USE

V. ON BOARD THE SPACESHIP