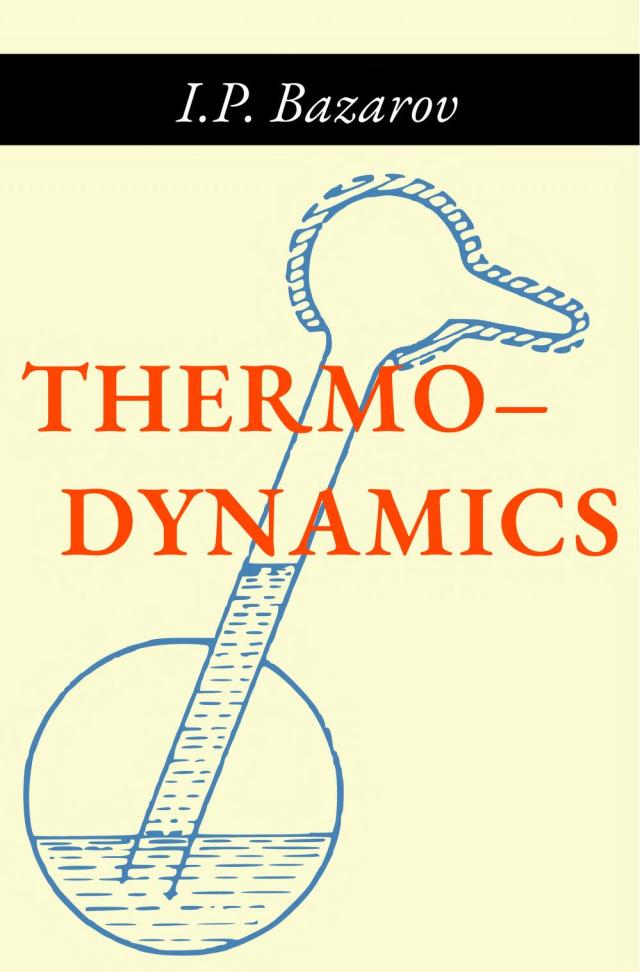 In this post, we will see the book Thermodynamics by I. P. Bazarov.

This book is the first part of a course on “Thermodynamics and Statistical Physics” held at present in physical and physico-mathematical faculties of our universities. In comparison with existing courses of thermodynamics the book has the following distinctive features:

2. The content of the second law of thermodynamics is analysed
logically and with greater consistency, by taking into account the existence of negative absolute temperatures.

3. The methods of thermodynamics are considered and discussed in detail.

4. The theory of critical phenomena is expounded according to
Gibbs, which enables us to establish the connexion of these phenomena with phase transitions of the second kind.

5. The thermodynamics of systems with negative absolute temperatures is treated.

6. The fundamentals of the thermodynamics of irreversible processes are given.

7. The large number of problems included in the book form an integral part of the course. Many are devoted to certain additional questions that are not always treated in the course and do not enter in the main text of the book. For these reasons the solutions of the problems are set out in as much detail as possible.

The book was translated from Russian by F. Immirzi and translation edited by A.E.J. Hayes. The book was published in 1964.

Chapter I: Basic concepts and initial propositions of thermodynamics 1

§ 1 Thermodynamic system and thermodynamic parameters. Thermodynamic equilibrium from the molecular viewpoint 1
§ 2 Initial propositions of thermodynamics and their discussion 4
§ 3 Quasi-static and non-static processes 9
§ 4 The internal energy of a system. Work and heat 10
§ 5 Thermic and caloric equations of state 16
Problems 20

Chapter VI: Conditions of thermodynamic equilibrium and their application 136

§ 34 Surface tension and surface pressure 162
§ 35 Equilibrium form of a crystal. Wulf’s theorem 164
§ 36 The role of surface tension in the formation of a new phase. Initial stages 166
§ 37 Gibbs’ equation for adsorption. Surface-active substances 169

Chapter XI: Fundamentals of the thermodynamics of irreversible processes 216