In this post, we will see the book Convex Figures And Polyhedra by L. A. Lyusternik. This book is a part of Topics in Mathematics series. 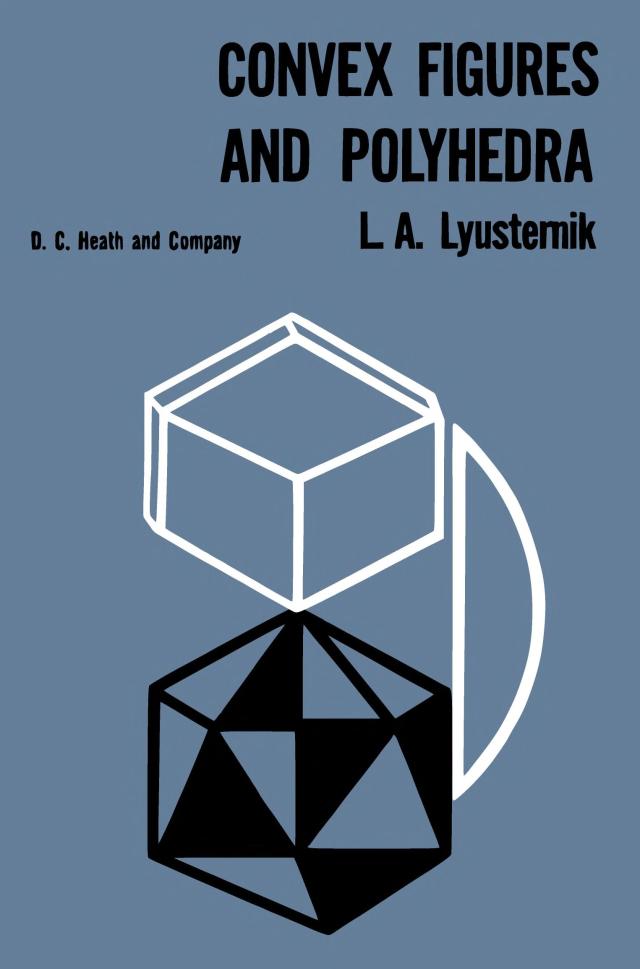 The theory of convex figures and polyhedra provides an excellent example of a body of mathematical knowledge that offers theorems with elementary formulations and vivid geometric meaning. Despite this simplicity of formulation, the proofs are often not elementary. Thus the area presents a particular challenge to mathematicians, who have investigated convex figures and polyhedra for millenia, and yet have by far not exhausted the subject. Many of the theorems in this volume were in fact proved only a few years ago.

The material in this book will be suitable for study in mathe­matics clubs or by readers with a background of secondary school mathematics only. The topics considered are stimulating and chal­ lenging, and moreover, convexity ideas are valuable in the study of modem higher mathematics. Mathematical analysis, higher geome­ try, and topology each use convexity notions in an essential way.

The book was translated from Russian by Donald L. Barnett and was published in 1966.

Credits to the original uploader.

CHAPTER 5. Theorems of Minkowski and Aleksandrov for Congruent Convex Polyhedra 132