Folktales of the Soviet Union – The Baltic Republics

In this post. we will see the book Folktales of the Soviet Union – The Baltic Republics compiled by Robert Babloyan and Mirlena Shumskaya. 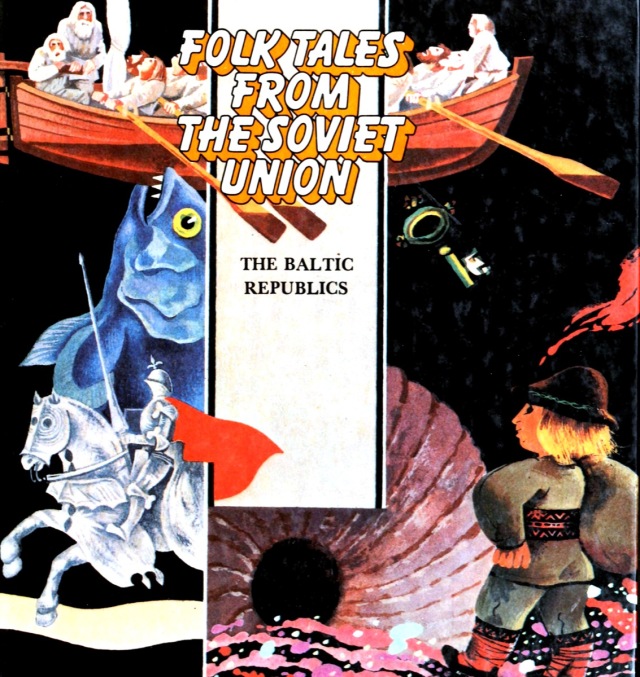 The book is a collection of folk tales from the Baltic region. The Soviet Baltic republics, Latvia, Lithuania and Lstonia, are closely bound up with the sea. And the people who live there are what you would expect sea tolk to be, tall, tough and strong. This is a land of fishermen, ship-builders and farmers. Lach republic also has a highly developed industry. The radios, transmitters, etc. made in Latvia and Estonia are known throughout the world.

Baltic folk tales have absorbed much of the world around them, of course. They seem to smell of dry wood, resin, sea and forest. Many of the characters in the old songs and legends resemble the people of today who live in these parts: the wise fishermen, the skilled craftsmen, the sturdy, brave young men and the gentle, faithful women. The forces of evil in these stories take the form of terrible monsters, catastrophies and disasters which the heroes have to combat and overcome.

The book was translated from the Russian by and was published by Raduga in 1986.

The book has some amazing full page paintings, done by three different artists one for each set of the tales: Gunars Krollis for Lativia, Jaan Tammsaar for Estonia and Vange Gedmantaitc-Galkuviene for Lithuania. The book was designed by Mikhail Anikst. 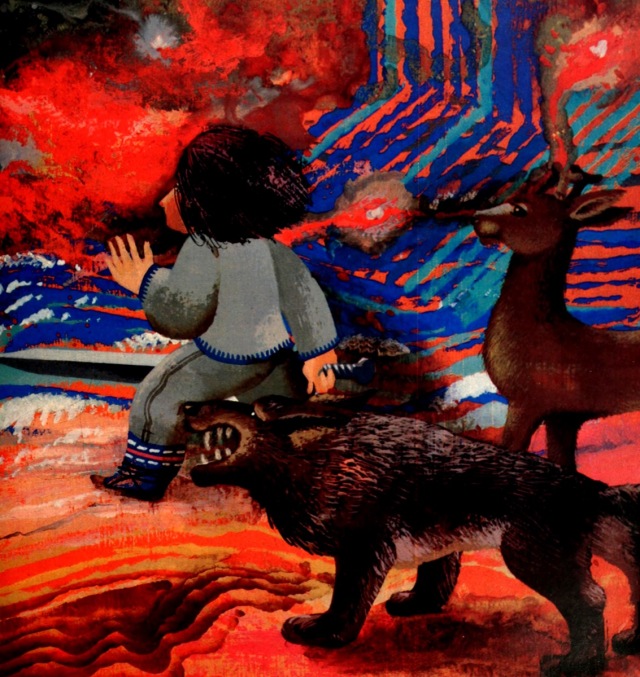 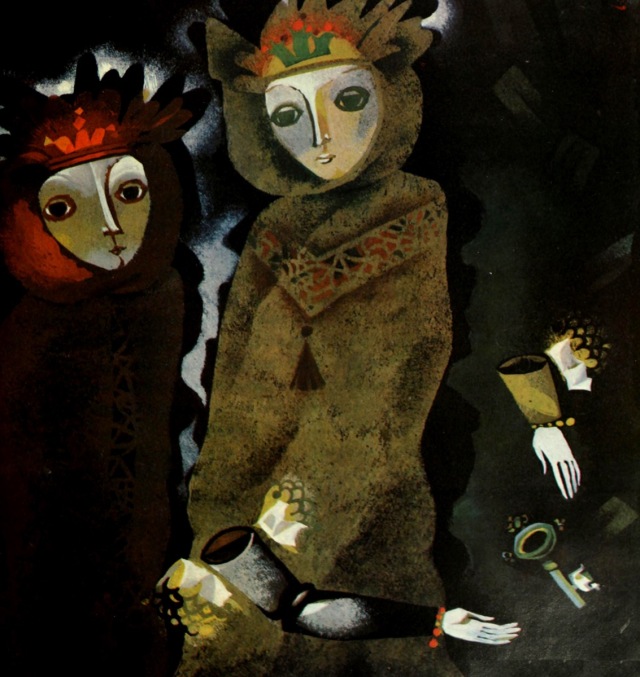 The King of the Mushrooms 48

The Sun Princess and the Prince 96