In this post, we will see the book Engineering Methods for Analysing Strength and Rigidity by G. Glushkov. 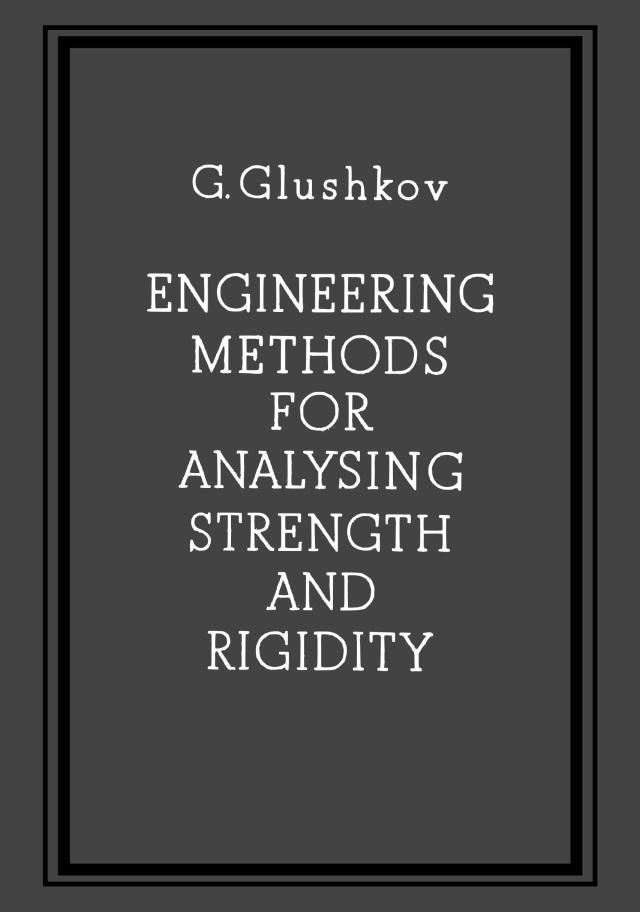 The book is a theoretical treatise on the subject of higher order moments. The theory of moments developed into a specific branch of mathematics which became a useful tool for solving com­plicated problems in structural mechanics. A number of Soviet scientists developed the so-called moment-operational method, which has proved to be extremely efficient for solving various pro­blems of modern engineering. These problems arise when non-linear elasticity must be taken into account, when precise designing of non-uniform structural elements is required, when the loading of a structure is essentially non-uniform, etc.

The knowledge of the theory of higher moments as well as of the moment-operational method will serve to extend the field of their application to new problems.

The book was translated from the Russian by N. Lebedinsky and was published by Mir in 1974.

Many thanks to Akbar Azimi for providing the raw scans. We did the cleaning from 2-in-1 scans. There might be warping in some pages but the text overall is very readable.

2 Responses to Engineering Methods for Analysing Strength and Rigidity – Glushkov