Physiology for Everyone – Sergeev

In this post, we will see the book Physiology for Everyone by B. F. Sergeev.

Our planet, the Earth, is the home of hundreds of thousands of living creatures. Life has permeated everywhere. It has ascended to the tops of the highest mountains, where there is hardly any air, and has hid­den beneath the expanses of the oceans, reconciling itself to the tremendous pressures exerted by the waters. Life has come to the hot, arid desert; and to the eternal ice of the Arctic Living creatures have adapted themselves to an absence of oxygen, to ever­lasting gloom, and to silence. But, wherever living organisms have settled, they need food which has to be distributed throughout their bodies, and they have to carry out the processes of metabolism. They also need to feel at home in their environment and start families to ensure the survival of the species.
This book will tell you about Nature’s amazing inventions which have made it possible for animals to po­pulate our Earth, dealing as it does with live lanterns, radars, animal power stations, the mysteries of digestion, the automatism of the circulation of the blood, which is the body’s most perfect transportation system, the structure of photo- and audio-receptors the mysterious third eye, the secret workings of the brain, and the peculiarities of reproduction.
Man has barely started to become familiar with Nature’s ingenious fantasy, but he is already getting to grips with the process of evolution and making use of all Nature’s treasures and inventions. The aim o this book is to call the reader’s attention to the endless horizons of the science of living beings.

The book was published in 1973 and was translated from the Russian in Oleg Meshkov.

The book was very tightly bound with threads running through the text body by the previous owner. I had to cut the thread and in the process also destroyed the spine of the book. Now the book is in four smaller parts. Every now and then you will see some “spots” in the text near the edges, these are the marks of the holes for the threads. The covers were also in bad shape, I have tried to restore some parts of it. It feels sad to destroy a book while scanning, but at times there is no other way to do it. Looking at it in another way, this sacrifice of the physical book has in a way made it immortal in the cyberspace.
On the front cover, there is an adaptation of Durer’s Rhinoceros. The book is dotted with many cute illustrations, though they are not credited. 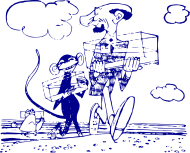 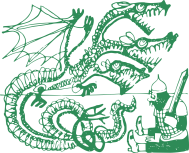 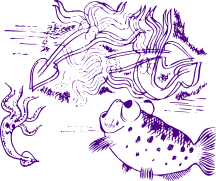 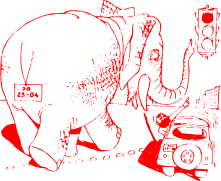 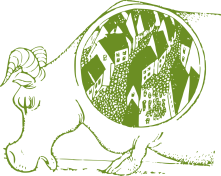 Water – A Personal Ocean
The Substance to Which Our Planet Owes Its Existence  7
‘Live’ Water 11 Dead Water 16
How Much Do We Weigh? 19
Crocodile Tears 22
Do Fish Drink? 26
Can the Air Be Squeezed Dry? 28
The Water Manufactory 32
Construction Materials
Lucullus’ Feats 37
Teeth Which ‘Crawl’  48
A Thousand-year-old Mystery Solved 55
What Do Cows Eat? 59
There Are Different Kinds of Pans 64
The Food Industry 73
The ‘Health Stores’ of Nature  79
Ventilation
A Vital Element 91
Supply Department  93
Diving Suits and Aqualungs 103
In Search of Oxygen 108
Slag and Ballast 120
Thousands of Millions of Carriers
It Just Dare Not Get Tired 129
Waves  142
Hydraulics 152
Where Can One Get Some Firewood? 157
The Fire-bird
Just Like a Fairy-Tale 176
Solving the Mystery 182
Living Lanterns 186
The Fire-bird Serves Man 193
Live Electricity
Historical Highlights 195
The Metal Conductor and the Nerve 200
An Underwater Electric Power Station 206
Locators and Oscillographs 213
Information Service
The All-purpose Antenna 218
Where Did It All Come From? 221
A Third Eye 230
The Wonderful World of Light 236
Whispering Planet  252
A Personal Refrigerator
A Strange Gland 268
The Functions of the Brain Convolutions 272
Delay Spells Death 277
When One Is Crazy about Frenchmen 287
The Speculations and Doubts of Scientists 293
A Courageous Deceiver 298
The Blues  301
The Racial Problem  304
Storks and Cabbages
Why Does It Always Take Two? 309
Marriage and Family 314
Two Sources 324
The Request of the Enamoured Salmacis 332
Innocent Conception 336
How Many Chicks Can Hatch From One Egg? 341

6 Responses to Physiology for Everyone – Sergeev